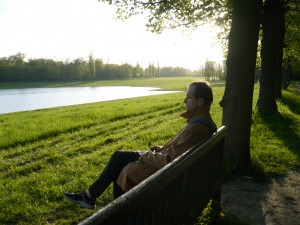 Vyacheslav Repin stands out among the writers of his generation by his attachment to the classical texts of Russian literature, and by his endeavour to re-invent a meaningful modernity. Having chosen France as his second homeland and second culture entitles him to a special place.

His works tactfully but uncompromisingly expose the aberrations of our time, and shed light on the distress which the responsible artist has to overcome nowadays.